Scotland’s schools are due to re-open on August 11, but the strict restrictions on social distancing mean it will be near impossible in most buildings for all children to return at the same time. 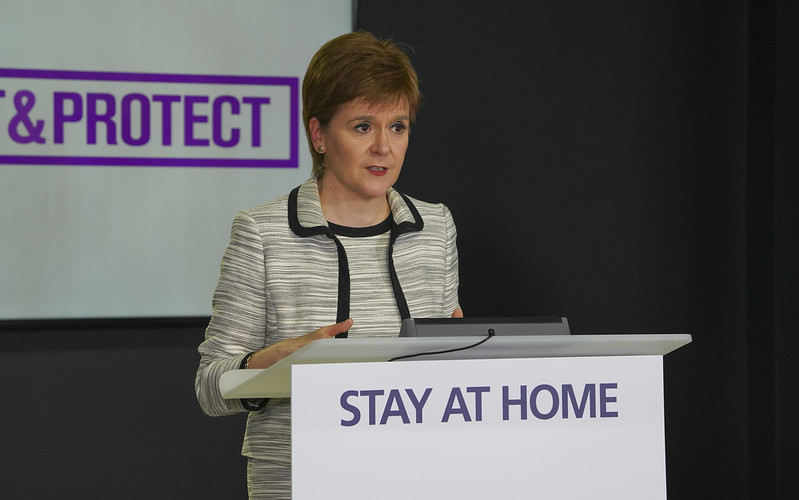 THE Scottish Government could reduce the social distancing gap in schools to one metre for children if the coronavirus in Scotland is at a “low enough level”, Nicola Sturgeon has said.

But the First Minister has warned that it isn’t possible to “just magically” change the current two-metre regulations.

Nicola Sturgeon, Scotland's First Minister, says many pupils will return to a mixture of classroom-based learning, and remote learning at home.

But one of her own MSPs hit out at the government and Scotland’s councils for a lack of imagination in getting pupils back into the classroom.

Former health secretary Alex Neil said the plans to bring school-children back for blended lessons in August were “absolutely unacceptable” and he called on local authorities to use other buildings to extend the school estate.

McCabe made no bones about blended learning not being ideal. He told MSPs: “What’s on offer is absolutely second best because the reality is that the best for children is to return to full-time education in school without any requirements for social distancing."

The First Minister was asked about the row during her daily coronavirus briefing. She said the government was looking at a number of options to try and “get to a different position where we are able to bring schools back with a different set of criteria that don’t involve the same degree of physical distancing.”

She said: “We can’t just magically move to that because it is dependent on making sure the virus is at a low enough level and we have thought what other protections might be required."