Royal Bank of Scotland and Heriot-Watt University are announcing a new scholarship targeted towards Black, Asian and Minority Ethnic students. 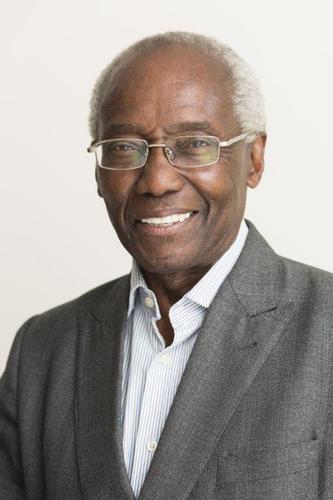 The scheme, for undergraduates entering the Edinburgh-based University’s MA (Hons) Finance Course is financed through the bank’s 300 Fund that supports initiatives in Scotland making a positive difference in areas such as financial capability, leadership, enterprise and climate change. The partnership will see £3000 awarded to one student each year during their first year of studies. The first bursary will be issued in September 2021.

Professor Richard Williams, Principal and Vice-Chancellor at Heriot-Watt University said: "This scholarship is a fantastic way to introduce more diversity into banking by removing financial barriers to that crucial first step into higher education. It also marks the first step in a partnership between Heriot-Watt University and Royal Bank of Scotland dedicated to inclusion and diversity. I’m proud this is focusing on the BAME community.

"We want to reinforce that studying at Heriot-Watt and pursuing a career at Royal Bank of Scotland is an achievable goal for people from all backgrounds. We are committed to creating welcoming and supportive environments where everyone can flourish."

The announcement coincides with an event being held online by the bank. Hosted by the Royal Bank multicultural network, Professor Emeritus in the School of Life Sciences at Heriot-Watt and human rights’ activist Sir Geoff Palmer (pictured), is speaking online to Royal Bank colleagues from across the country about black history in Scotland with NatWest Chief Administrative Officer, Simon McNamara.

Sir Geoff Palmer said: "In the midst of black history month, many of us are engaged in conversations that push an openness and honesty about the past, particularly concerning the ways Scotland benefitted from slavery. That education is an important step in becoming a fairer and more inclusive society.

"Education changes lives for the better. It enables people to take opportunities. My own time at school and university taught me life-long skills to think scientifically and support a diverse range of people at home and abroad. I am delighted to support this important scholarship and keep this conversation in education going, in Scotland."

Malcolm Buchanan, chair, Scotland Board, Royal Bank of Scotland, added: "As we build a purpose-led bank that champions the potential of the individuals and communities we serve, one of our top priorities is to ensure we play our part in tackling some of the wider issues facing society.

“The new Royal Bank of Scotland Scholarship is an opportunity for Royal Bank and Heriot-Watt to work together to address some of the challenges faced by students from Black, Asian and Minority Ethnic communities as they begin their academic career.

“This is an exciting time for the financial services in Scotland and we hope that this scholarship will help a new generation entering the sector advance it further and help it achieve greater success.”

NatWest Group, which Royal Bank of Scotland is a part of, has a goal of having at least 14 per cent Black, Asian and Minority Ethnic employees in its UK senior roles in five years.

A colleague-led taskforce, set up by CEO Alison Rose, was established in the summer to address the under representation of Black, Asian and Minority Ethnic staff and tackle the barriers faced by these communities. The taskforce has also launched a report on racial equality for its customers and workforce which includes its commitments and targets to set a standard for how the bank engages with Black, Asian and Minority Ethnic communities.