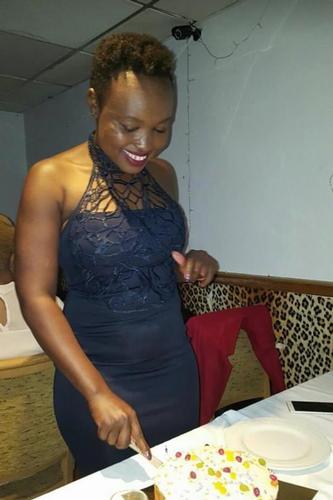 Paisley-based NHS worker has been left stranded in Kenya because she has been told that new EU settled status documents issued to her by the Home Office are not valid for travel.

Doreen Kathambi, 36, lives in Glasgow with her fiance, Iain Dunsmore. She works as a dietetic assistant at the Royal Alexandra hospital in Paisley.

She had to travel to Kenya last month for her father’s funeral and informed her employers she would be back in the UK by 18 January.

She obtained her EUSS documents from the Home Office last month to enable her to attend the funeral.

Although she applied for these documents in July last year, she did not get a biometric residence permit appointment until October. After the death of her father her lawyer had to intervene with the Home Office to expedite the issuing of her EUSS confirmation.

The letter from the Home Office granting her EUSS, seen by the Guardian, confirms that she can prove her settled status by logging into her online digital identity information, which includes her photo and other identifying details.

The case raises concerns about the efficacy of EUSS digital documents issued by the Home Office after officials demanded additional proof from Kathambi.

She had no problems travelling from the UK to Kenya but when she arrived at the airport in Nairobi on Friday hoping to board a Qatar Airways flight back home she was denied permission to board the plane by airline staff and immigration officials at the airport.